1. Vagabonding and the Three Tenets

Not-knowing, thereby giving up fixed ideas about ourselves and the universe

While teaching in , I got caught up in a debate about the direction of the school. Looking back, it seems like I pushed for progressive and democratic methods without completely understanding the institutional structures, relationships or nuances necessary for effective implementation. I hit a wall. I perceived ways in which my approach was bull-headed, both at work and beyond. Reflecting on how I jumped straight from high school to college to the work-force, I felt like I was rationalistically constructing a self-image like a resume for some time.


Inspired like so many others by Kerouac, I sought not-knowing through travel. Backpacking without an itinerary for ten months, I unlearned dependence on my materials comforts, social support and career benchmarks. I lived more simply and spontaneously. This made it possible for me to experience the second tenet, bearing witness. 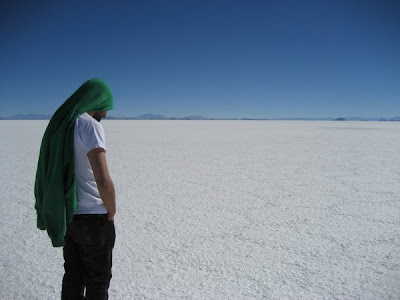 Bearing witness to the joy and suffering of the world
The richest part of traveling was the friendships. Seeing my cousins in replace Bisquick with egg, flour and water surprised me. I connected with my mother’s culture there and with mountains and sweltered in an indigenous sweat lodge. I befriended local cartoonists. In , I linked up with a group who scraped by 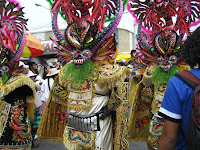 working as clowns on the streets, sometimes sleeping on floors or abandoned lots, saving every peso. We traveled to Bolivia and reveled in festivals mixing Andean and Christian rituals.

I witnessed the mines of Potosí where the Spanish sacked the wealth centuries ago. Throughout South America, I listened to dreams of breaking the visa-barrier into the and nightmares of disappeared uncles and relocated families resulting from CIA-backed dictators. I was robbed four times. During Holy Week in , I joined locals in the custom of visiting seven churches.

North of Lima, I volunteered at an ecological Hindu ashram in order to practice yoga. I explored aspects of yoga that went beyond the physical positions. I liked the Bhagavad Gita message of dedicating the fruits of your labor to God. I felt the joy and gratefulness of chanting mantras and performing reverences. I just could not swallow their intense devotion to one personality of God (), their hostility to outsiders and their obsession with strict rules. Over the course of my life, I went from being atheist, to agnostic to realizing that “belief” does not have to define my relationship with “God”. Staying at a Zen temple in , I felt more at home because the people were decidedly open-minded and practice and consciousness took precedent to belief and cosmology. I wanted to shave my head and convert, but I’ve been bald for years 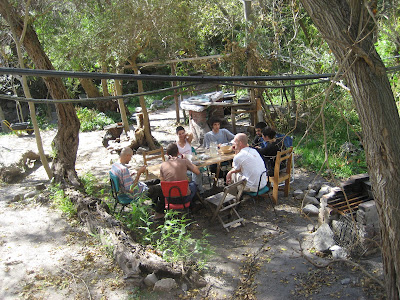 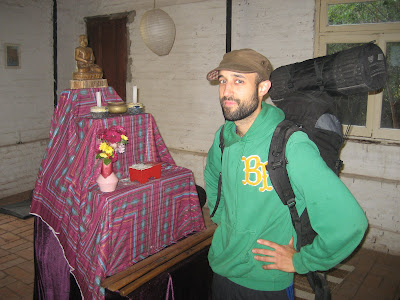 Loving actions towards ourselves and others

By watching Ernesto Guevara’s trips in Motorcycle Diaries while planning my trip, I developed the intention to use my profession as a teacher as a way to give back to and get to know the people. I thought I could offer my services as a teacher of English. While I enjoyed one volunteer teaching experience, the path of a wanderer emerged more strongly for me during this stage than that of a volunteer. However, two unexpected loving actions did emerge. 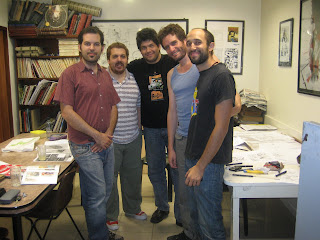 First, as I felt more connected to local cartoonists, I shared their desire to express themselves in a cultural environment dominated by imports from the . I sought ways to reverse the trend and share their work with English-speaking audiences online: updating wikipedia, blogging, collaborating with an Argentine artist,reviewing the first Chilean graphic novel, and translating another work which will soon appear here.

Second, I joined the Zen Peacemakers.

Thank you for your blog and your story on your journey through the ministry program. I have been thinking about it and was wary until reading your post(s). I now feel confident to apply and I am begining the pre proccess to apply.
Please keep on writing and keep up the overal work that you are currently doing.