My visit to the 'Hare Krishnas'

The Eco Truly Park in Peru was one of the richest experiences of my trip, but, as I explained in the previous post, I would only recommend it depending on what you are looking for. When I first read the idealist.org post about it, I was also looking for a place to chill, farm and do some yoga (as we typically conceive of it). 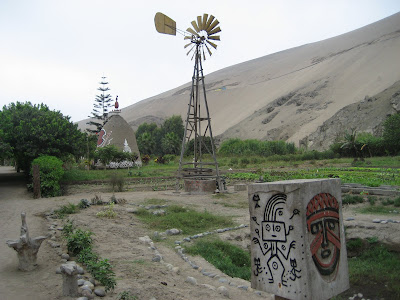 When I found out that the park was a farm/ashram of the the group popularly known as the "hare krishnas", one of the most targeted groups of anti-cult activity, I knew that I could play along enough to learn from the experience without getting too wrapped up in it. Some dogmatic thinking at the farm certainly alarmed me, but I used the experience as a chance to simultaneously immerse myself as fully as possible in a culture that was radically different from my upbringing while also never flinching for a second regarding my ownership over my individuality, decisions and actions. In any case, I have got to hand it to people who go out in the streets looking like complete weirdos and have a good time singing and dancing. All without alcohol.

A well-rounded holistic lifestyle
With the HK's, I learned another yoga to compliment the physical asanas I had been doing in studios for years. The primary practice of the HK's (and some other Hindus) is Bahkti yoga, or devotion, which they practice by chanting mantras that recite the names of God (their nickname derives from their favorite mantra which includes the words "Hare Krishna".) 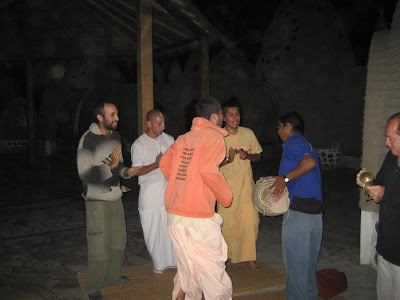 The concept that physical fitness, "spiritual practice" such as meditation or prayer, community and interpersonal relations are not separate spheres, but integrated parts of a well-balanced life continues to shape my work with Zen Peacemakers and Haley House today. Eco Truly Park was my first experience living in “intentional community” and I still find that lifestyle rewarding. Many Buddhists use the framework of the 5 Buddha Families or mandala to develop awareness of the different elements of a well-rounded life. 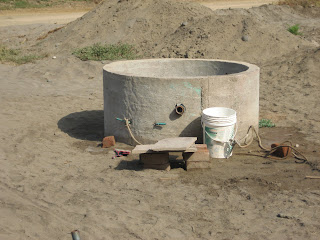 The holistic approach influenced how I see practice. The ashram schedule is strict. At Eco Truly Park, we woke up at 4am, retrieved buckets of cold water from the well and used them to cleanse ourselves before entering the temple for three hours of chanting, singing, study and discussion. The rest of 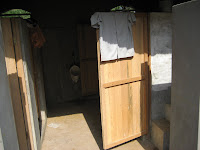 the day consists of delicious communal vegetarian meals and physical labor (including farming). After dinner, we reconvene for another three hours of devotion in the temple. Ashram (or monastic) life is like training in a music conservatory or military boot camp. Residential training with the 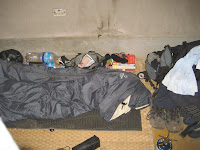 support of mentors and other focused students facilitates advances in development in ways that showing up in a studio simply doesn’t achieve. 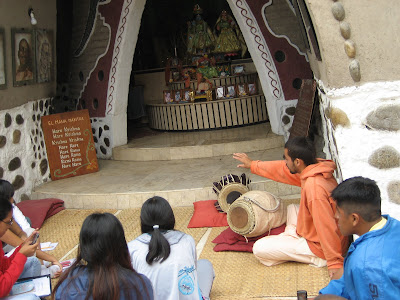 Rules & Structure
Another primary element of HK practice is their adherence to strict rules. Drinking, gambling, eating meat and sex that isn’t intended for procreation are all considered prohibited sins. For this reason, I can see how an HK community could be a good fit for people in recovery who struggle with moderation. Sometimes, all or nothing is the only way to go.

I observed the effects of this lifestyle on my mind, especially when I left for Lima and then returned to the farm. While on the farm, I followed all the rules, including practicing different relationships to crushes on women at the farm. As a way of constantly maintaining an elevated conscious, the HK’s suggest repeating their favorite mantra in your head throughout the day. I found that the mantra did get stuck in my head and that increased my general mindfulness… until I returned to Lima, tried its famous ceviche and enjoyed an Argentine-style asado, violating the restriction against eating animals. 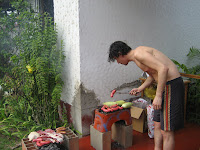 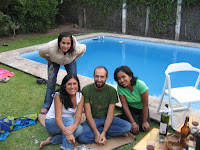 Guilt emerged as the mantra faded from my consciousness. I cast aside the mantra and the rules and reveled in my game of hopscotch between two very different worlds.

I also really got a kick out of the debates about rules between moderate and fanatical people within the community. I sat back and listened with a smirk, observing and taking notes, asking questions every chance I could get. Different community members took turns leading the study and discussion in the temple, reviewing a particular passage from the Baghavad Gita and applying it to life in the community.

One heated debate regarded the man who had become my closest friend in the community. Another community member interpreted a passage of scripture to argue that men and women shouldn’t spend time alone together without the permission of the guru, as my friend was doing. Months later, he informed me on MSN messenger that he jumped through the necessary hoops after getting relocated to another center, eventually marrying the woman and staying within the HK community. I learned a lot about what religion and community gives people and how people both crave and rebel against rules. I explored what type of rules work and don’t work for me.
Posted by Ari Pliskin